​​​​​​In 1972, the Okefenokee Lions Club saw a need to provide recreation for the over 12,500 blind children in the state of Georgia. Under the direction and leadership of C.M. Blanton, Past District Governor of 18-B, it was decided that a one-week summer camp should be held at the Laura S. Walker State Park.

In July of 1974, other Lions Clubs in the South Georgia area requested District Governor Don Anderson to form a committee for the purpose of locating and organizing a camp for the blind in the state of Georgia. District Governor Anderson took the plans before the Georgia Lions Council of Governors and received commitments from them that they would support the effort throughout the state.

A delegation of Lions met with Governor Jimmy Carter on November 27, 1974 to secure 62 acres of land adjoining the Laura S. Walker State Park. The plans to provide a camp for the visually impaired of this site was approved. By the following June, the Department of Natural Resources had also approved the transfer of those 62 acres of land to the Georgia Lions. On September 12, 1975, the Georgia Lions' Camp, Inc. was charted as a non-profit organization.

​The primary users of the Camp are the visually impaired residents of Georgia. Other groups such as churches, businesses, and families are allowed to use the facilities from September through May at a nominal fee.

​In 1980, fifty-two blind and visually impaired campers attended the Georgia Lions Camp, Inc. The Catfish Pond was also constructed at this time near the back of the property. A Camp Director was hired the next year to operate the camp during that summer. Fifty-three campers participated in our program. In 1983, with a full-time Director on board, the summer program expanded to nine weeks. A full-time Secretary was hired and the Gazebo was completed that same year.

​The Dining Hall (Lioness Hall) and kitchen were opened for use in 1986. Between 1984 and 1989, a 4500 sq. ft. dormitory and 400-meter track were added to the facility. The Camp logo and motto "A Vision for a Brighter Tomorrow" were officially adopted.

​In 1985, the number of campers climbed to 130 for the summer program. During the summer of 2000, approximately 190 campers attended. Since then the average has continued to be around 195 per year.

​Currently. the Camp provides housing for both the Director and the Building and Grounds Manager on site. a large Activity Center was constructed in 1996 with assistance from the Flash Flood Foods Corporation. The most recent addition to the Camp was a large maintenance building, constructed in 1999. The grounds also include a swimming pool, the Paul Azinger Arts n' Crafts Building, stables, and canoes with lakeside access.

​Our "Vision for a Brighter Tomorrow" includes the continued expansion of the facility in an effort to provide the best possible experience for those that participate in the programs, so generously supported by the Lions and Lionesses of Georgia.

​History and Purpose of the Georgia Lions' Camp, Inc. 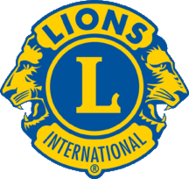